I have been a teacher in RBUSD since 1997!  I began my teaching career as a Parent Educator for the South Bay Adult School, and then joined the staff at Jefferson Elementary School.  At Jefferson, I have taught fourth grade as well as kindergarten.  I found my home in kindergarten and love guiding my students and their families during their first year of school. I look forward to a fabulous year together with you and your child!  I welcome volunteers in and out of the classroom, so if you have a few hours to spare, please contact me or sign up on our "Sign up Genius" site.  I look forward to a fabulous year! 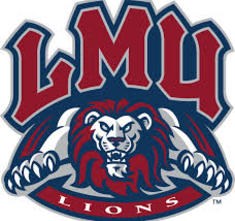 Why education is so important to me.....My father supported himself fully by the age of 17 year old. He married my mother at 18 years old, and together they had six children. Although he and my mom were unable to go to college themselves, it was their goal that each of their children would be college bound; we each lived up to their expectations.

I graduated from Loyola Marymount University with a BBA with an emphasis in Human Resources.  I was a Director of Human Resources until my second child was born when I stayed at home full-time for five years.  I began my second career as an Adult Education teacher when my children began grade school.  After I earned a Ryan Designated Credential in Parent Education through the UCLA Extension program, I pursued my Multiple Subject credential at CSUDH and began teaching at Jefferson School.  A few years ago I then became certificated as a GATE Teacher through the UCI extension program.